Cheaper Is Not Always Better When It Comes To Video Marketing, Here’s Why! Is cheaper better? It’s a simple question that has plagued humanity since the advent of currency. (Yes, even before video marketing was a thing.)

When cavemen realized they could buy a yak for 3 stones instead of 5, mankind has been thumbing his nose at overpriced charlatans.

But let’s face it – sometimes a yak sucks! And he’s barely worth half a stone!

A simpler question to ask yourself is, has cheaper ever actually worked out for you? Okay, maybe you truly knew what you were getting for half the coin/stones, and you were fine with it.

You were in a hurry, it was convenient, you knew you’d “pay” later – in other ways – but at the moment “cheaper” just had too much going for it.

Why Cheaper Is Not Always Better?

Simply because, when it comes to video marketing – and ultimately your brand and business – being in a hurry and needing overly convenience should not be a consideration.

You’re trying to convince your audience that your product or service has value. It is imperative that you do it with a video that doesn’t project low value. A video that is done well will be the most valuable tool your company has in its arsenal and can feed mouths (employees, families, and yes, yaks’) for years to come.

Personal note: it takes 6-9 months to get well-trained and degreed animation and video producers to the level that they are ready for customer projects here at RMG.

If you are going with an overseas or new resource, your head of marketing is likely going to have to invest 60-160 hours of time creating, guiding, giving notes and feedback so many times that she may just walk out in protest (So, be careful!), cheaper means MUCH more of your time.

Further, if you are a business executive making the decision, keep in mind the per hour wage that your internal project owner makes. Is that budget best spent on a low-priced unknown artist with endless revisions? It needs to factor into that ‘cheap price’.

Take a look at this video to further understand how cheaper is not necessarily better.

The Main Expenses of Video Production

Now let’s talk about expenses, video production can be a daunting process, but it’s important for you as the client to know what makes up your finished product. There are many different elements that go into making video–from cameras and lighting equipment all of the way through post-production processes such as editing software or sound mixing services if needed!

If I were looking at hiring someone who provides this kind of service then knowing how much those things would cost me might help me make an informed decision on whether they’re worth spending money with instead.

The planning and preparation before filming even starts are extensive. First, agencies have to brainstorm the idea for their production; this can take hours depending on how big of a project it will be or what type (drama/comedy) they want their audience enjoys watching more than others.

After coming up with an excellent concept in mind- which could include any number of ideas such as storyboarding sketches based around those concepts– scriptwriting occurs next where screenwriters create formal documents containing dialogue written by actors who speak lines spoken aloud into microphones while also described visually through videography shots positioned strategically throughout each scene:

While the cost of these tasks may vary depending on the size of the production and who you hire, it’s important to be well informed about what goes into creating high-quality people for the video that will describe your business value.

To give you an example here are some of the pre-production sketches our lead artist creates while on conference calls with the team: This is just for fun!

When it comes to building a great story, you need specialists in their field. We are proud to have those special people.

Also, here is a client storyboard sketch.  This is a draft, and with approval, moves to a more complete art design. The costs of production can vary significantly, especially if you want to film at a high scale. A typical crew member will cost between $1000 and $5000 per day and a camera kit $25,000 -100,000 or more depending on what type is being used for your project.

Studio expenses and set design fees which are typically additional charges when hiring an entire studio floor space will be in the thousands as you create a real space that can be controlled for lighting and sound.

Post-production is the final step in bringing your video project together. This stage can take anywhere from a few days to weeks depending on how much editing and post-production work needs to be done for each brief

A lot goes into creating content that captivates audiences: filming, editing videos with great soundbites or music tracks (maybe even voiceovers), and adding graphics such as logos at various points throughout these segments so they don’t get lost among other images/textures while watching them back simultaneously…the list goes ON!

The production company is set to provide a once-in-a-lifetime experience with all the bells and whistles. They’re responsible for catering, travel costs (especially if there’s any eclipsing), as well as taking care of admin side things like release forms; location details etcetera!

If you need music and voiceover for your video, it will also incur costs. These costs are often set by organizations like Performance Rights Society, which negotiate fees with artists or content creators in order to use their material on the project (ethically).

A track can cost hundreds or thousands depending upon what type of song is desired, as well as how many edits there may be within said piece before release. This would increase profitability even further down the line since these kinds of investments pay off big time once people start listening!

YOUR VIDEO BREAKTHROUGHS ARE HERE:

GET YOUR FREE VIDEO WORKBOOK NOW!

The Drawbacks of Cheap Video Production

That being said, when it comes to video production, you get what you pay for. While it may be tempting to go with the cheapest option available, this can often lead to poor-quality videos that don’t achieve your desired results. Here are some of the drawbacks of cheap video production and why you should invest in quality instead.

Quality is key when choosing a video production company. You want the best for your money, but you also need something that will work well with how much time and resources are available to invest in this project- just like any other big investment!

A cheap price might buy low quality or even no videos at all if there isn’t enough care taken during the planning stages; while an expensive one could end up costing more because they took longer than expected (which happens often). It’s important not only to look around comparing rates – which everyone does these days thanks mainly due to Smartphones & Social Media popularity–but consider what type of output outcome you are realistically expecting.

Here are some tips to help you decide if a video production company is right for your needs. First, take time checking their portfolio and ask yourself “are these videos up-to-date? Are they aesthetically pleasing?”. Before you begin looking for a video production company, make sure to look for the finest characteristics of the firm you want to hire. Learn more tips on that here: 15 Best Qualities to Look for in a Video Production Company.

You should also think about whether the motion graphics or animation in them looks professional; it may be worth hiring this person even without having done any research into other aspects of business banking because at least then we’ll know what kind of service will receive from the start!

If you’re looking for an inexperienced team, then it might be worth compromising on price. An inexpensive video could lead to slow production times and unreliability which will compromise your project’s success! This is because there are many other factors that can affect both qualities of work as well experienced teams such as past clientele or portfolio diversity – showing versatility in their services offered shows they’ve done plenty more than just film videos all day long (which we know isn’t really possible).

The right equipment can make or break your video. If a production company is asking for low prices, they may not have top quality cameras and sound studios that are capable of producing high-quality videos in spite of their best efforts to do so with what’s available on hand at the time (which could be anything from an OK camera down microphones).

It all comes down to whether you’re going into this project prepared by ensuring every asset has been considered beforehand rather than rushing through things because deadlines loom overhead; otherwise we risk having something terrible happen due to lackadaisical preparation!

Video marketing is a fantastic way to reach your target audience and verify their interest in what you offer. That’s why when hiring video production companies, it’s important for them not only to have knowledge about how videos work but also creativity so they can help create custom content tailored specifically towards reaching those on-screen!

If you’re looking for a great video production company that can produce creative high-quality videos that convert, check out our services here. Our team of professionals has years of experience in the industry and knows exactly what it takes to get the results you need!

So, what’s the bottom line?

When it comes to video production, you get what you pay for. While it may be tempting to go with the cheapest option available, this can often lead to poor-quality videos that don’t achieve your desired results. Instead, invest in quality video production services from a company you trust.

This will ensure that you get high-quality videos that help you reach your business goals and convert viewers into customers.

Are you ready to create some amazing videos that drive results? Let’s partner up and make it happen!

OUR MISSION:
INSPIRE YOUR AUDIENCE
TO TAKE ACTION

Let's talk about how we can support you 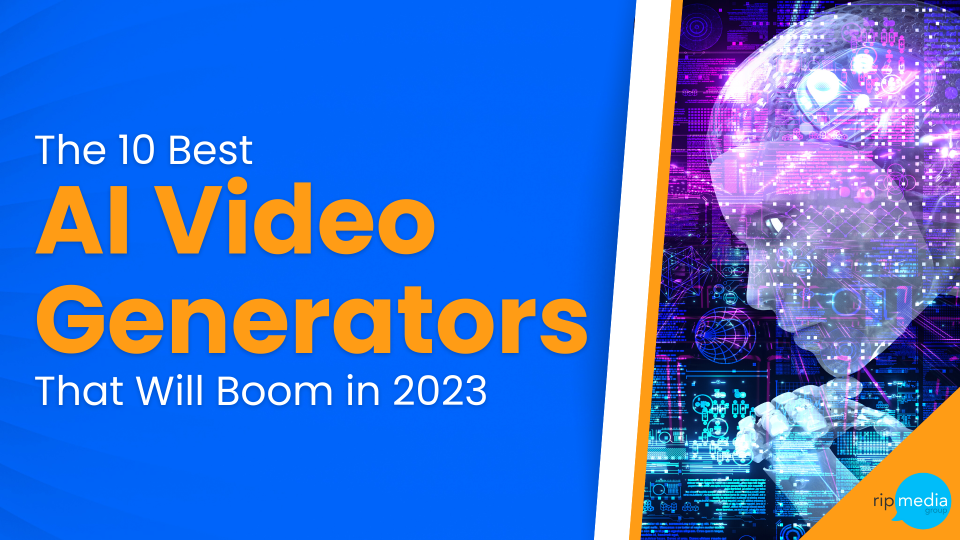 The 10 Best AI Video Generators That Will Boom in 2023 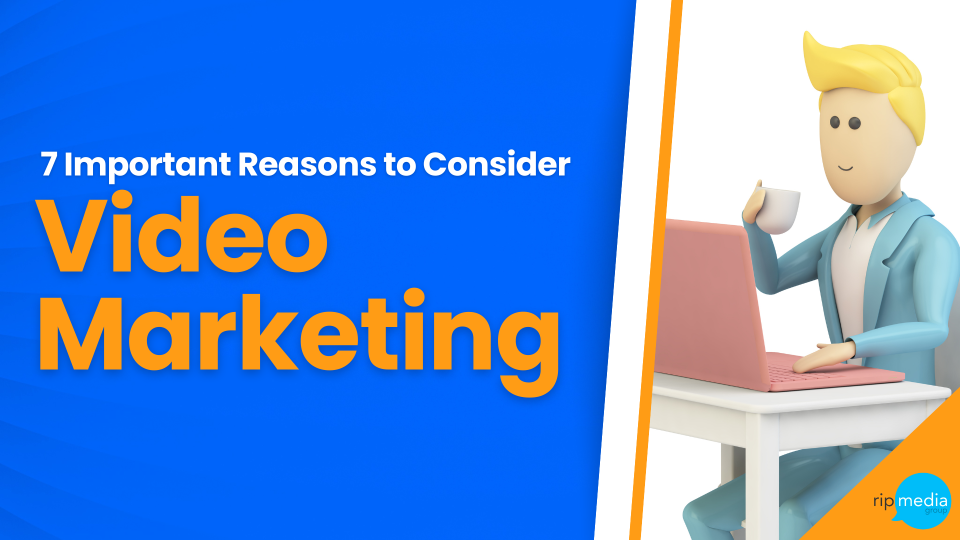 The Future Of Online Video Advertising