If you have seen an Apple iPhone, iPad or iPod, you might want to know who the man behind the idea was. Steve Jobs was an amazing inventor and he was the man who created these electronics to make our lives easier. He inspired millions of people to pursue their dreams.

Here are a few things that you might not have known about the man who changed our lives, and just a few inspirational lessons I see in his life.

Steve Jobs was born in San Francisco, yet few know that he was adopted. Born February 24, 1955, his parents gave him up for adoption when they were 23. His biological mother would only give him up to a couple that were college graduates. The first couple, college graduates, decided they wanted a little girl and passed. The next couple, Paul and Clara Jobs, a couple with no hesitance and said: YES. They had no college education, and were working class. It took a solemn promise to Steve’s mother he would have a college education. They were granted adoption.

Years later, his working class parents struggled to pay for his education, but were dedicated. Steve felt it was a waste of time and money after a semester. So he dropped out. But, he “dropped-in” on classes that interested him. The hunger to learn was instilled, just not in the required classes.

One class he was interested in, calligraphy, he found artistic and beautiful. 10 years later, inside the first macintosh, he placed in multiple typefaces and typography. They have now been adopted hundreds of millions of times across the globe.

After his successful run after starting Apple, he was let go by his own board. He had been publicly rejected. He took the next five years and started NEXT and Pixar. Pixar (Toy Story) became the most successful animation studio in the world. NEXT would be purchased by Apple, and he was back in charge. Don’t lose your passion, do what you love, and work hard at what you believe is great work.

Connecting the dots only exists by looking in the past. So, follow your heart, even if it leads you off the well worn path.

Jobs was very focused on “living every day as if it is your last, because one day, you will be right,” He joked. In his Stanford speech he said, “Remembering that I’ll be dead soon is the most important tool I’ve ever encountered to help me make the big choices in life. Because all external expectations, all pride, all fear of embarrassment or failure – just fall away in the face of death.There is no reason not to follow your heart.”

Your time is limited, so don’t waste it living someone else’s life.
Don’t let others opinions drown out your own inner voice.
He looked for beauty in every detail. Said people want ease of use over chip speed. The iMac. With a handle and colorful shells. As if to say “it’s fun, grab it.”.
Never allow yourself to stay in the status quo. Look for ways that have been dine and innovate them. Improve them. The iPod. The iphone.

He believed things would be better tomorrow. And worked to improve the next day. Never believed the best days were behind us.

Steve Jobs died yesterday after an extended battle with pancreatic cancer. They say there are some stars that are too bright to last a long time, like somehow its too much to be contained. It was announced just one day after Apple released the iPhone 4s. It is said that the phone was the 4s because the company wanted the phone to stand for S-Steve.
The legacy that Jobs started grew into worldwide change. Though not everyone has an Apple product, it seems as if Jobs has been able to touch the entire world. Steve now lives on through his creations and he will always be in our hearts, and possibly, in our hands.

For help with your production, please: 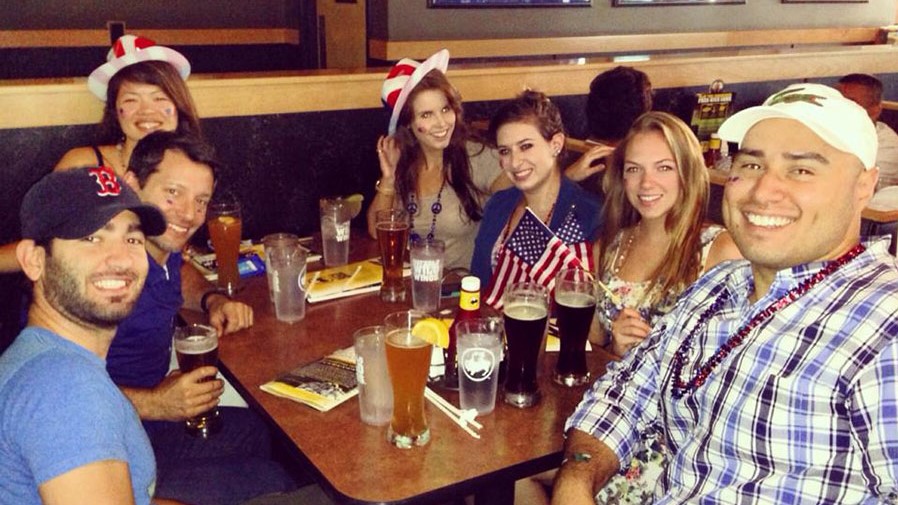